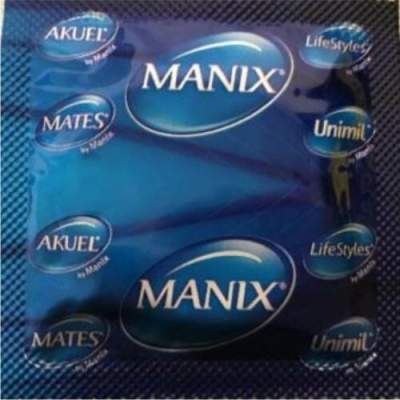 
Mates Protector 1 pcs is no longer available. All our condoms are regular items unless otherwise stated. It will come into stock again. Use the above function and you will be notified. See also similar items below. Please feel free to send support@condomking.eu and email if you have questions or concerns.
It's no secret that there's plenty of friction involved in anal sex. Or at vaginal sex sometimes also for that matter.
That's when you have use for an extra thick condom such as Mates Protector. The thickness is 0.1 mm in size. By comparison,  thin condoms that are usually 0.05 mm. In other words, twice as thick as a thin condom!
The fit is quite straight which is the standard for thick condoms. The lubricant is of the silicone-based variant, which is the one most common as it does not dry out in the same way that the water-based lubricant does.
Size 185 x 53 x 0.1 mm
Dimensions are stated in mm

A thick condom for those who wants to be extra safe

A thick and safe condom

Extra strong condoms with exceptional stretching and a stronger wall for even better protection.