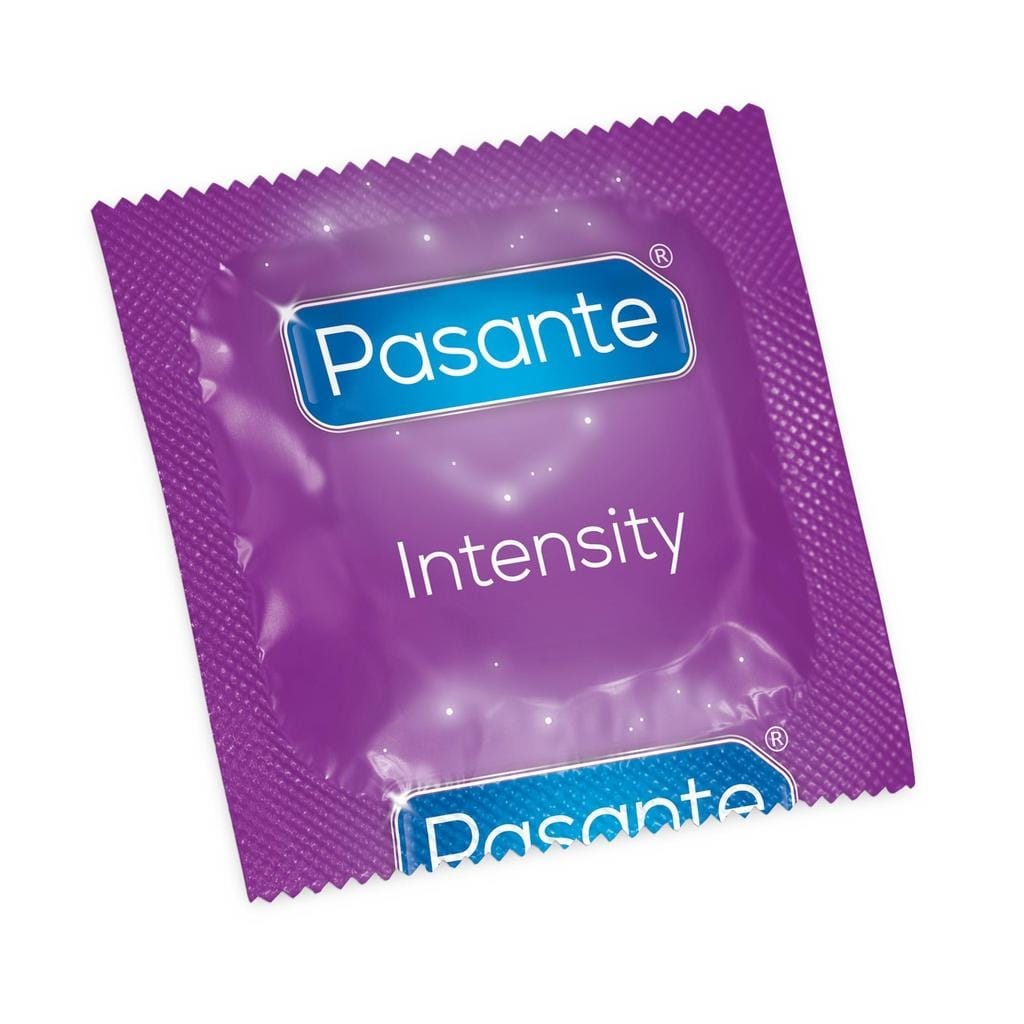 
Pasante Intensity/Ribs & Dots 1 pcs is no longer available. All our condoms are regular items unless otherwise stated. It will come into stock again. Use the above function and you will be notified. See also similar items below. Please feel free to send support@condomking.eu and email if you have questions or concerns.
An advantage of the names of Pasantes products is that it is very descriptive. Ribs & Dots is no exception, which means that the condom is both ribbed and dotted.

We call condoms that have both ribs and dots for combo condom. Most such condoms have a straight fit. This condom is, however, slightly waisted between the dotted and the ribbed part which some prefer.

The ribs located on the upper part (glans) and the dots are placed along the straight portion of the condom.

Ribs & Dots is 190 mm long, 0.06 mm thick and 54 mm wide (slightly wider than most other condoms but still within normal range). The condom is prepared with silicone lubricant.

A brilliant choice of condom.

Ribs and dots in one 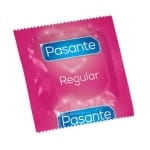 A condom with shaped fit

Pasante has packaged their Regular condoms in really nice and fun Emoticons packages. 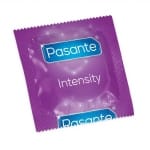 Ribs and dots in one