tight is now RFSU's smallest condom.
Smaller than Mamba
Mamba has for decades been RFSU small choice. However, it´s too little smaller to really be a small-condom. Therefore, Tight are available for those who want a condom that is a little tighter around the penis or who simply have a small penis and do not want to risk the condom slipping off during intercourse.
See also the first really tight condom KUNG Tight - which actually is EVEN TIGHTER.
Dimensions are stated in mm

Small condom which won't slip off

Tighter than other EXS condoms 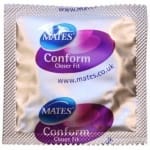 Condoms with a straight fit that are a bit extra tight. But just a little.

A little tighter than normal. 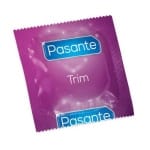